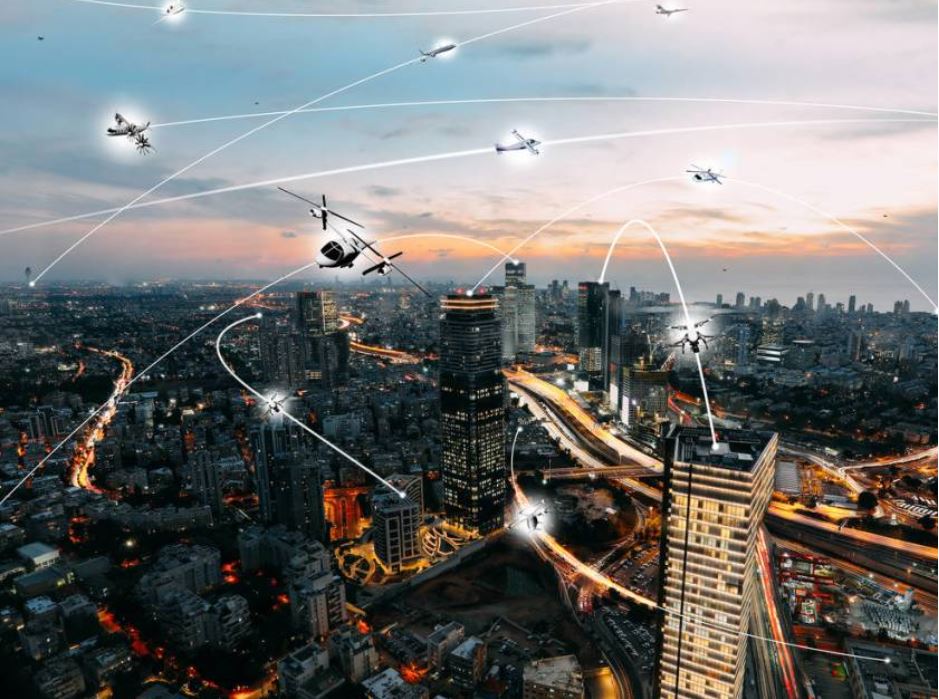 NASA has given UC San Diego $5.8 million to help develop electric-powered flying taxis, a form of ride sharing that has been envisioned for decades but is struggling to get beyond the concept stage.

UCSD will lead a group of five universities and companies in creating software tools to design small fleets of vertical takeoff-and-landing (eVTOL) aircraft that are quieter, safer, cleaner and more efficient and affordable than helicopters.

Customers would go to conveniently located taxi stands, where they could hail a ride with a smartphone app and join other passengers in getting quickly transported significant distances in areas where ground traffic is often congested.

Some taxis might be pilotless, flying automated, pre-set routes.

The concept — also known was urban air mobility, or UAM — is largely meant for sprawling areas like Los Angeles, which has some of the nation’s worst traffic. Air taxis also could shuttle riders between places like San Diego International Airport and such outlying cities as Oceanside and Escondido.

A “90-minute ground commute to a downtown workplace could be reduced to a 15-minute air taxi flight,” said John Hwang, a UCSD mechanical and aerospace engineering, said in a statement.

Interest in UAM has waxed and waned over the years. It’s be on the upswing lately; United Airlines announced last week that it would buy 200 eVTOL aircraft from Archer in a deal that could be worth up to $1 billion. Toyota and Airbus also are investing in the field.

Ken Moelis, CEO of the investment bank Moelis and Company, told CNBC that creating eVTOLs involves essentially refining what has already be done with helicopters. People are “adding the word electric to it … The technology exists. There’s nothing to invent.”

But UCSD’s new NASA grant expresses a different outlook, saying that engineers are going to have to do everything from improve eVTOL battery technology to make the taxis quieter than helicopters and ensure that they won’t suffer catastrophic problems while flying over urban areas.